Skip to content
I started to write a ‘Happy Holidays/Happy New Years’ post at the first of the month and I basically ended up typing a few line and then I would just stare at the screen with my mind blank. So, I’m going to ramble a bit. I hope that everyone had a great holiday season. However 2013 ended for you, I hope 2014 brings you happiness and good health.
Ever since I was 9 or 10 years old, I have wanted a telescope. Several years ago, Mike got me one of the most awesome Christmas gifts that I have ever received. He got me a telescope. It wouldn’t arrive in time for Christmas, so he got me a book on the history of the telescope with a picture of my telescope taped on the inside of the cover. From the picture, I thought it was your average telescope and I was quite excited. Fast-forward several weeks.  UPS rang the doorbell and there were two very large boxes with the name of the telescope company on them. Oh my! 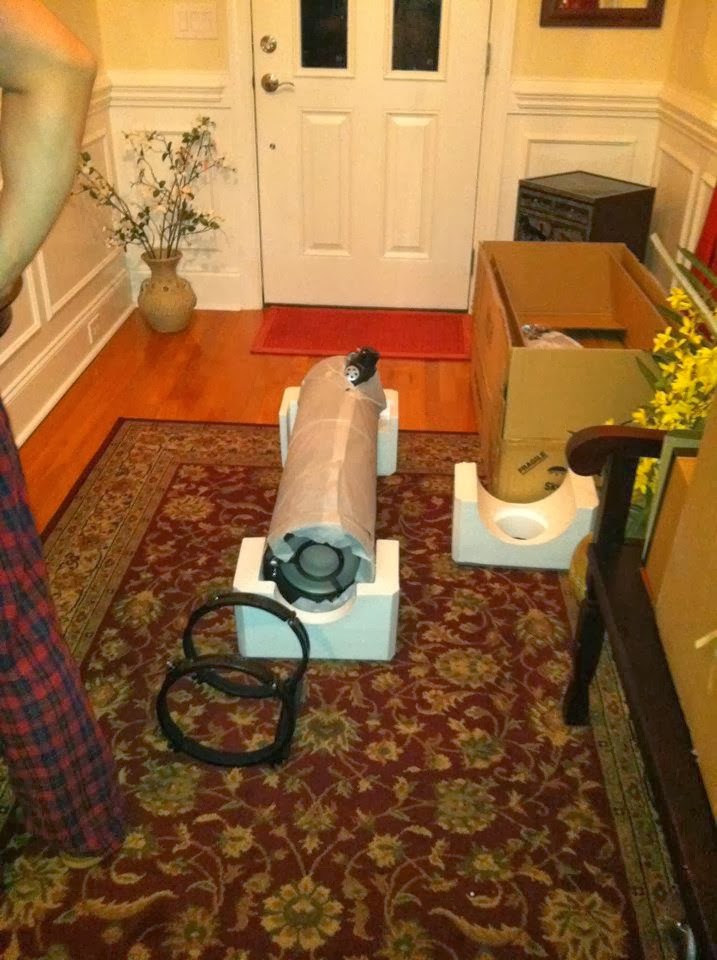 Needless to say, I was even more surprised. I couldn’t wait for Mike to get home and opened the boxes to take a peak. There was one very large telescope waiting for me to play with it.
The first object we observed was the full moon and even though we have seen all sorts of close up photos of the moon, there is nothing like looking at it in real time through a telescope. Then there was Jupiter and the 4 Galilean moons, Saturn, and the Orion Nebula.
It was awe-inspiring. Mike surprised me with a few higher-powered lenses for my telescope for Christmas this year. Since then we’ve braved the unusually cold weather to take advantage of the clear winter nights to observe the stars and planets with stronger lenses. All I can say is, “WOW!” What a difference the stronger lenses made. Santa also brought Maddie a telescope of her own.
It’s been so much fun showing her the night sky
After all the cooking and baking that I did during the holidays, I have been kind of burnt out. And I’ve been burnt not just with doing stuff in the kitchen, but just in general. I did make vegan chocolate cupcakes for Maddie’s school birthday party. Everyone seemed to like them. 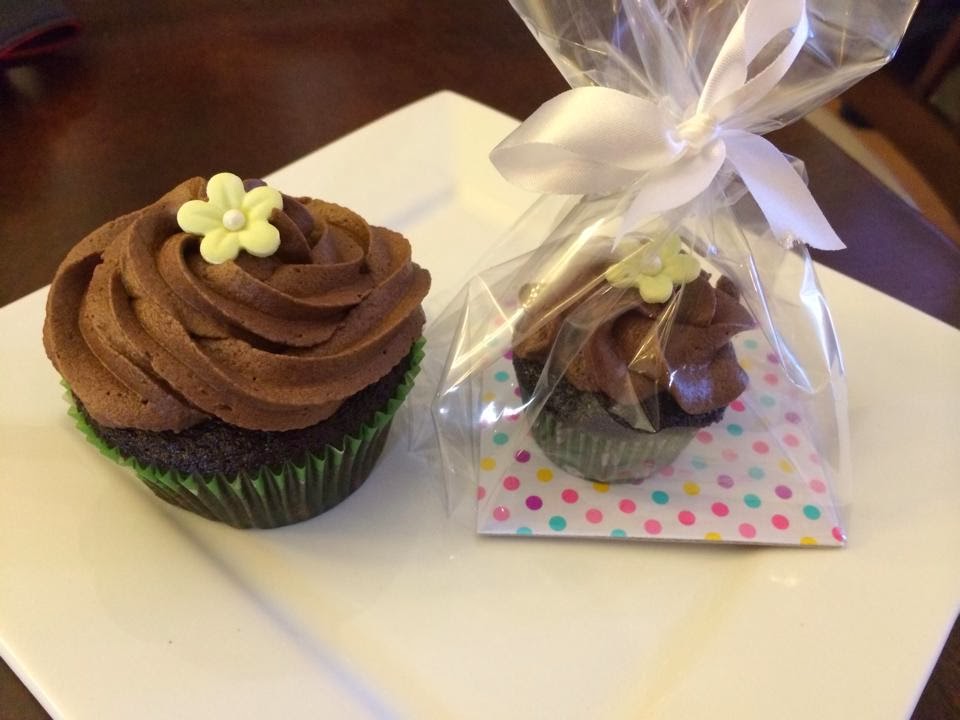 Maddie was emphatic about having a chocolate cake with green frosting and green flowers for her party. Green is her favorite color. So, that is what she got. I had a specific color of green in mind, so it took me a bit longer than I had planned. A beautiful white cake with frosting rosettes in place of actual flowers inspired me. The original cake has a simple elegance to it and while I like it, I wanted something a little more fun for a 5 year old girl. So, I piped stripes down the side and added tiny matching dots on either side to make it look like ribbon. I decided to add green dots to the ribbon for fun. 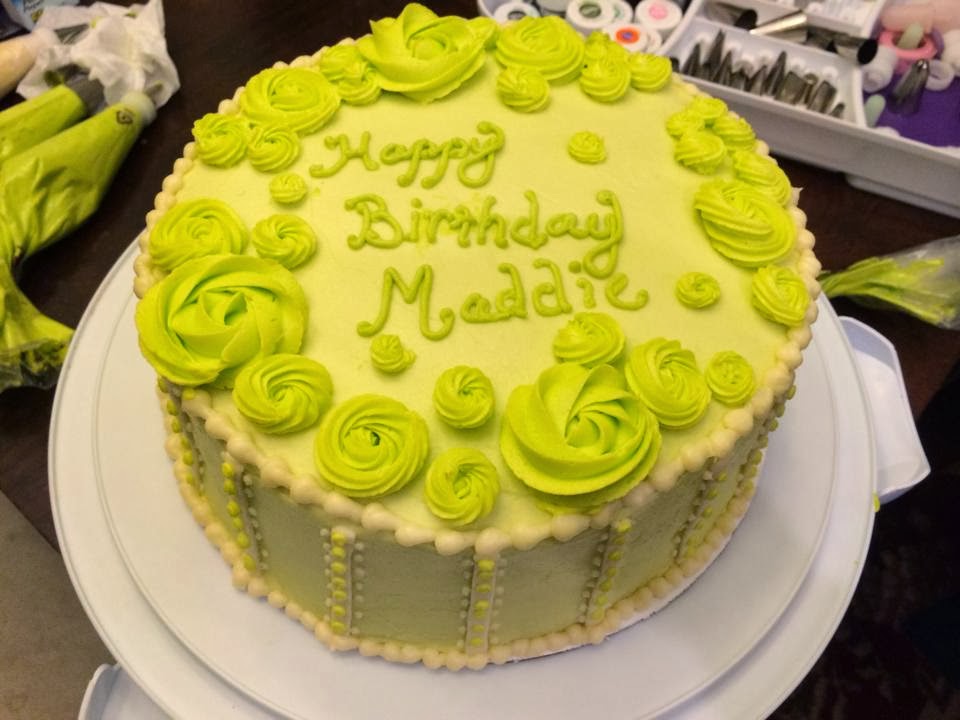 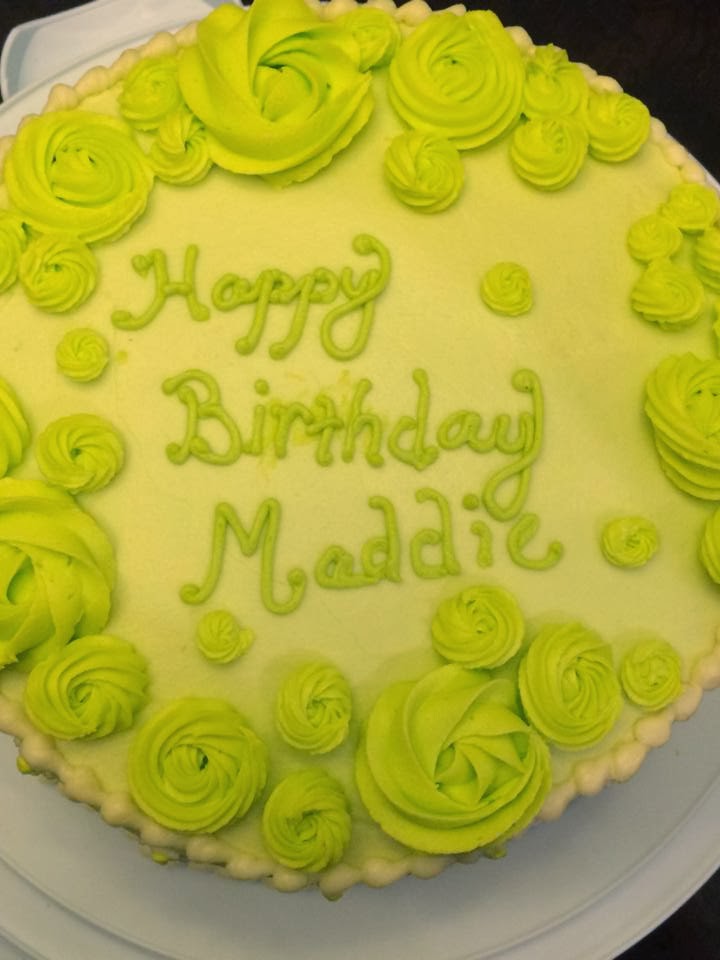 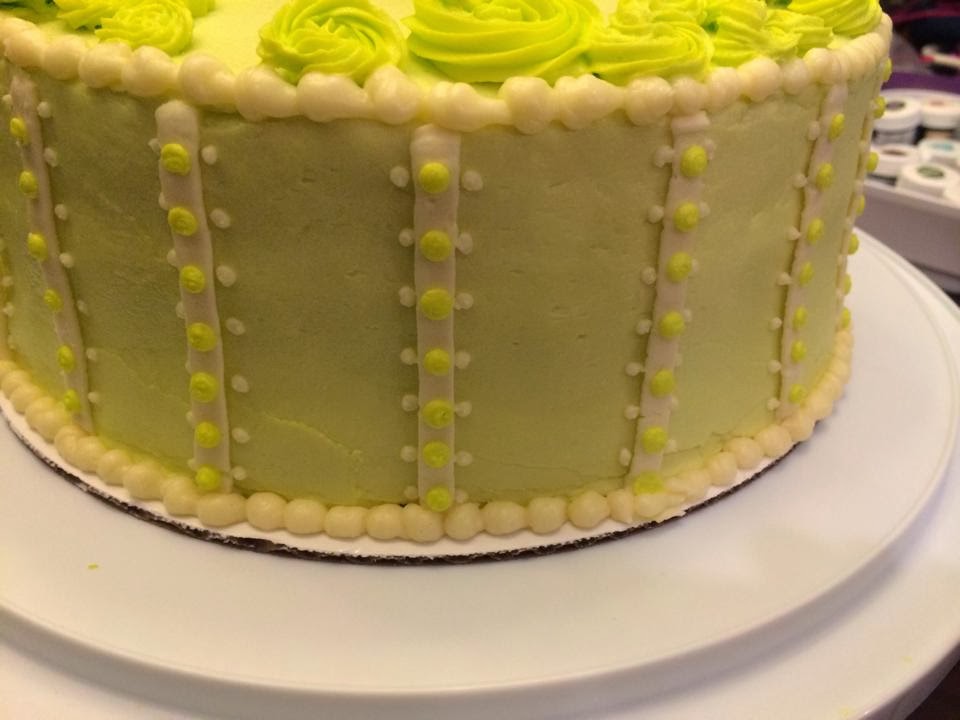 I spent this past weekend with one of my oldest and dearest friends. It was a quiet girls’ weekend in. We mostly just sat around her house and talked. We did throw together a quick, easy, and awesome vegetable beef soup with crouton from some leftover roast she had on hand. It was the perfect dinner for a lazy winter’s day. We just sautéed some sliced carrots, celery and cut up green beans in some olive oil. Added a can of diced tomatoes, some chicken broth and then the left over roast cut into large chunks (it broke up more as it simmered). We added salt, pepper, onion powder, garlic powder, dried thyme, and a bay leaf.  It simmered for about 30-45 minutes. My friend then cut up some of my homemade bread into cubes, drizzled them with olive oil and crisped them up in her skillet. The croutons were crispy, but the almost dissolved in the soup. It was delicious! 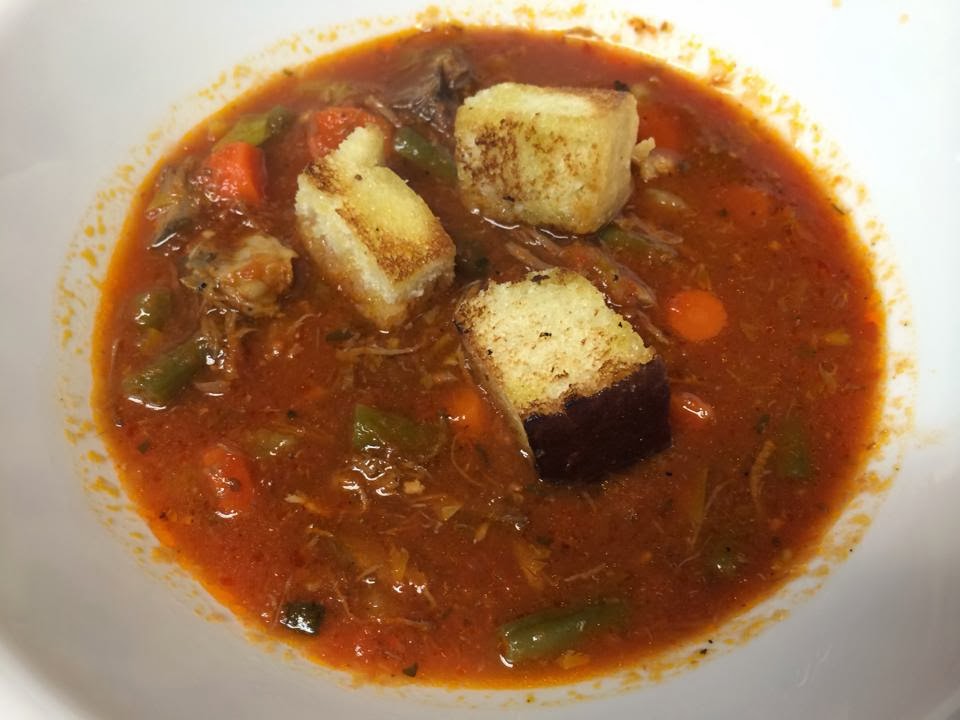 I have done some cooking and I really found it difficult to sit down and write, so I do have some recipes coming your way. And I have a few more floating in my brain and I’ll post those once I’ve tried them out.